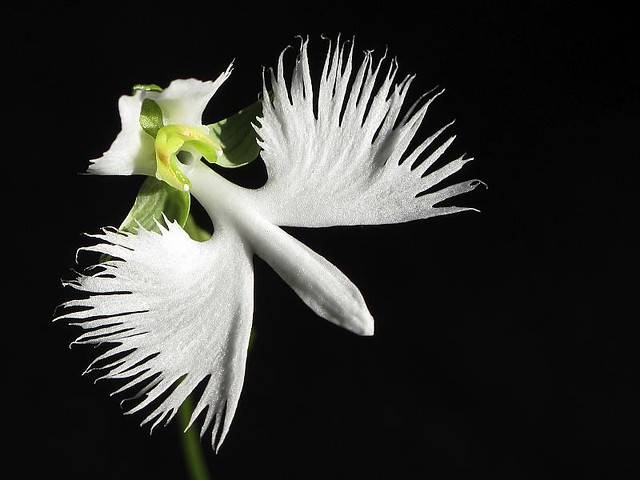 Habenarias have been promoted as being among the most difficult orchids to grow. Yet if one pays particular attention to their general needs, they are actually one of the easiest. The most important key to their culture is watering. Asian species of Habenaria go through a definite monsoon-type growing season. They are developed from corms that go totally dormant in the parched soil of their native habitat, so parched that the soil is rock-hard and cracked. In the early spring, the rains soften the soil and spark the Habenaria into new growth. The plants are now kept in a constant state of wetness, growing at amazing rates until midsummer. At the point when the rosettes of leaves seem to be slowing down, this is the time to watch for emerging flower spikes from the center of the rosette. The plant should still be kept continuously moist until the last flower has fallen off. At this point, the plant must still be watered, but allowed to dry slightly between waterings. This is done because the plant is now producing new corms for next year's growth under the soil.

Now comes the hard part. When the foliage starts to become spotted and looks as if it is dying, stop watering the plant. Give no water at all. Repot in dry mix at this time. Then around February to March, take a look every week and see if anything is poking up through the top of the soil. If it is, water it. If not, put it back. An occasional misting by the middle of April can spark the plant if no signs of growth are present. Habenarias purchased as bare-root corms should not be planted until April, as the damp soil mixes will start growth and alter their growth cycle unfavourably. 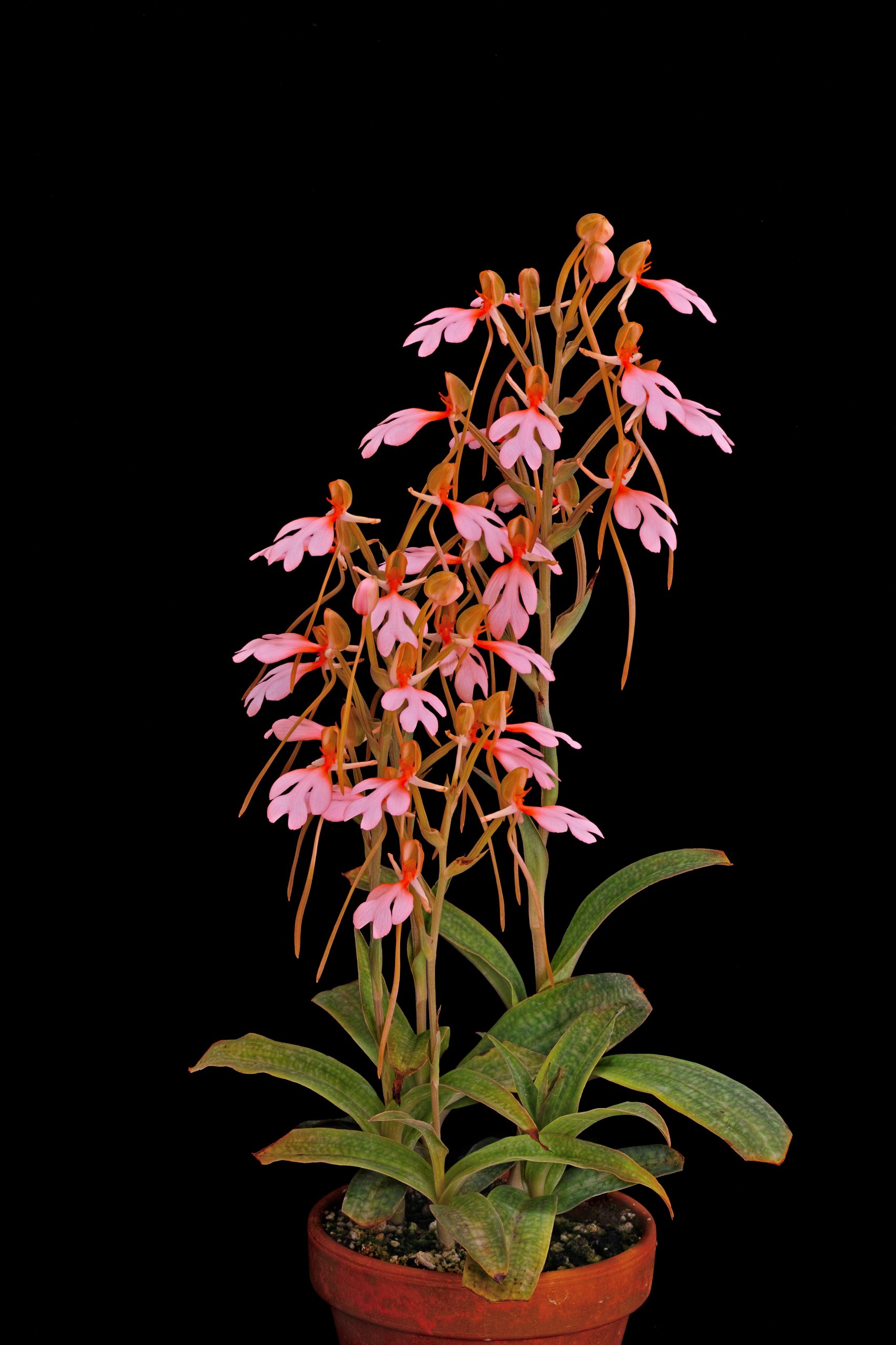 Habenaria needs a light level of 15000-23000 lux. The plants require moderate shade, with scattered light, i.e. they should never be exposed to the direct sunlight of the midday sun. Strong air movement should be ensured all the time.

The plants should be watered well during the period of active growth, but the roots must always dry quickly after watering. If the plants are grown in pots, the potting media around the roots should be airy and never soggy or spread. When new growths reach maturity in the autumn, the amount of water should be gradually reduced.

Habenarias enjoy humidity of about 70-80% in summer, while at the end of winter and early spring it drops to around 50-60%.

Habenaria should be grown in containers filled with a thick, quickly drying media. When the flowers turn yellow and the leaves turn yellow, let the plant rest, stopping watering. You should never take out these parts because it can destroy new increments. When the new increment is visible, starts watering gradually. They should be planted into containers that allowing some growth. For example, a 12 cm flowerpot can easily accommodate 30 flowering plants.

After flowering, the vegetation starts to brown, and the plant begins to enter dormancy. The tubers are still growing and storing energy for next year’s growth so just limit your watering until the plant dies back. Don’t be in any hurry to remove the dead top vegetation from the pot because that will help you orient the tubers properly during the repotting process.